Many of these figures I got as free samples on request. Both Rebel and Splintered Light are great companies that will happily provide such samples; just leave a note with your order. I'll definitely be making future orders thanks to seeing some of these figures in person.

Metal minis are a bit more expensive than plastic, and though I understand that these are delicate figures, I wish there were cheaper shipping options at both companies. Still, they often have figures that can't be found or made in plastic, so when they offer sales like these, it's a great time to stock up.
Posted by 1Mac at 3:37 PM 7 comments:

Just in time for the holidays, the gnolls are done! Again, these are mostly Alliance elf bodies with heads and tails from World of Warcraft boardgame gnolls. I continue to suggest modding some Splintered Light hyenamen/gnolls for 1/72 scale, as this was an involved project. Still, I like the results.


Now I need to decide what fantasy horde I should contrive next. Angels and demons are one idea. Drow and duegar are another. Any preferences?
Posted by 1Mac at 11:08 AM 7 comments: 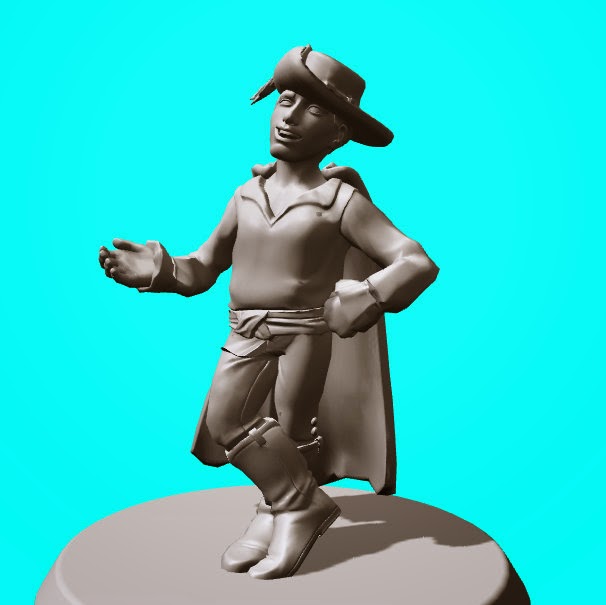 EY's post on ordering from Shapeways reminded me that Hero Forge is a thing. Shapeways is one of the marquee companies involved in the burgeoning 3D printing industry. They let independent designers upload and sell 3D models that they themselves "print", sort of like a virtual Etsy with a manufacturing division. This has all sorts of applications from tools to artwork to toys, including miniature models.

Hero Forge is a company that had the singular idea; instead of uploading our own models, why don't we make a simple way for customers to design their own, and print those? They had a successful Kickstarter sold on the premise that RPG players could design the perfect mini to represent their character, and by a remarkable coincidence, their website went live this week. It requires a WebGL plugin to work, but you can mess around with their very slick character/model creation tools and see what's possible.

I was intrigued because I realized there was no technical limitation as to what scale these models could be printed in, meaning this would be an option for 1/72 models. So I finally sent an email and asked them: Are there plans to introduce other scales besides the standard 28-32mm gaming scale? And how tall are their halfling and gnome minis? Frequent readers of this blog will see where I'm going with this last question, as I've frequently adapted halflings and gnomes from D&D and other mini lines.

They quickly and courteously responded: they'd like to introduce other scales in the future, but right now they're focused on maintaining their new site. A quick measure of one of their halfling models was "26-27 mm." This sounds a little too tall, but I noticed that you can adjust the height to make the models even shorter (in fact, the races are really just presets for their more robust body modeling tools).

So if you want to give Hero Forge a try for 1/72 models, here's my completely untested recommendation: Make the model you want (of any race you want), then adjust the height so it's as short as possible. Maybe you'll need to adjust other body parameters to make it look right. My guess is that you're out of luck for 1/72 scale halflings and other small guys, but it looks like human-sized minis are perfectly doable.

I should note that this would be an expensive way to get minis; $15 for the cheaper plastic, $25 for the quality stuff that would actually look good painted. I don't know that I'll ever try this myself unless it gets cheaper. But if you need a particular mini in 1/72 scale that you just can't find, Hero Forge may be your saving grace.

Edit: I realized I missed an opportunity to be clever. Let's correct this oversight! 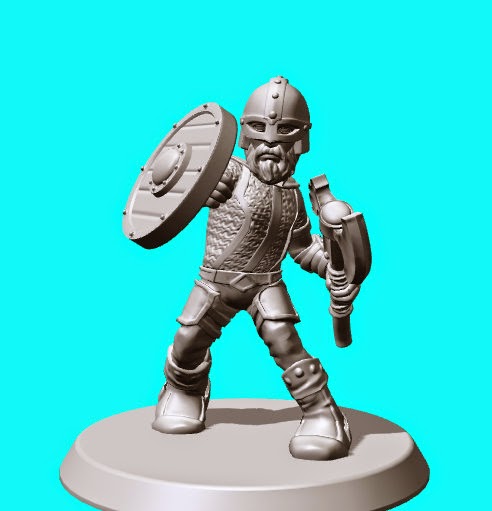 I finished the gnoll magic user and leader. Again, these are Arcane Legions mummies with heads and tails from World of Warcraft boardgame minis, plus a fair amount of wood glue and Milliput. The heads on the magic-user's totem are the original mummy heads. The golden blob on the spear was the bit of Milliput I used to hide the bits of pins that I couldn't quite trim off; I have no idea what it actually represents, but it seems to work!

WIP shots of the other gnolls. These are made in the same way above, except most of the bodies are Alliance elves. The big guy in the bottom corner is the original piece with a weapon swap. The bottom pic turned out a little blurry, even with some clumsy Photoshopping attempts to fix it; Sorry!

I have a WIP thread at Benno's with some more pics of these guys being painted. This is a busy season for me, but hopefully I'll have a completed gnollish band soon.
Posted by 1Mac at 9:33 AM 6 comments: