Guards and Bandits and Bondic

I finally got a chance to take some pics of my next project, these bandits and guards.

The bandits are a mix of Hat's reissued Airfix "Robin Hood" figures and Zvezda's medieval peasant levy. The guards are mostly Caesar medieval soldiers, with a couple Accurate knights (acquired in a trade with Mike) thrown in. Most are out of the box, but I indulged in a few mods.

Fantasy guards are often depicted with polearms and crossbows for some reason, so I tried to select the Caesar figures that were so armed. This only left a few available poses. The answer: headswaps, plus some knifework to remove scabbards and the like for variety.

The bandits didn't need as many mods, but some of them that would otherwise have been wielding scythes and similar peasant weapons got armswaps (a scythe-wielding bandit seemed very strange!). Here you can see my new fascination in use. Normally when doing mods like this, I'd use wood glue to fill any gaps. But lately I've been experimenting with a newish product called Bondic, and I'm pretty happy with it. 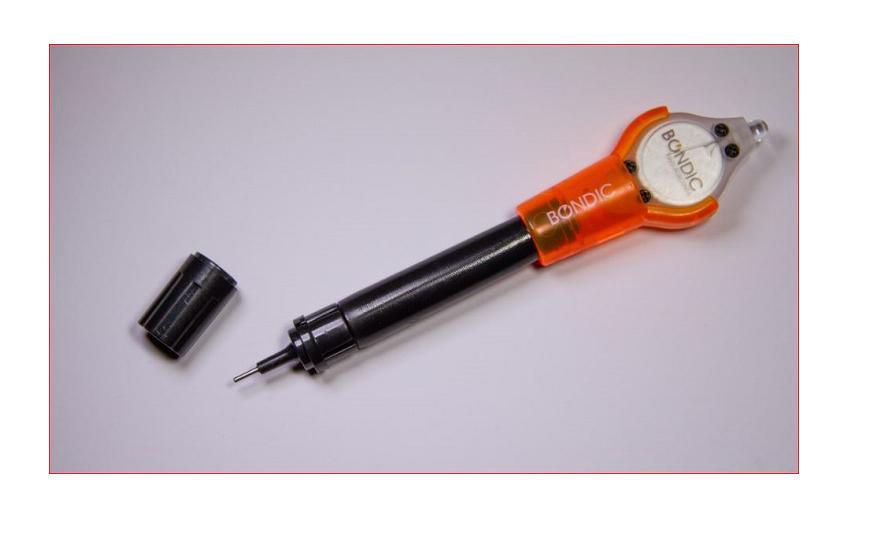 Bondic is a non-adhesive bonding agent that's sort of magical. It's a solution with various plastic elements as the solutes. These plastics tend to form a solid, except the solution prevents them from doing so almost indefinitely. Zap the liquid with a UV light (the orange device in the pic above) after applying it with the pen-like tip, though, and the solvent evaporates. [edit: I didn't have this exactly right. See my comment below] The result is a solid mass of plastic in about four seconds where there once was a liquid. Magic!

I've found all sorts of household applications for the stuff, but the relevant use is for filling gaps in modded figures.

I also made up this bard-type figure, using an Imex pioneer figure for the torso (Sean did something similar, but I can't find the post right now). 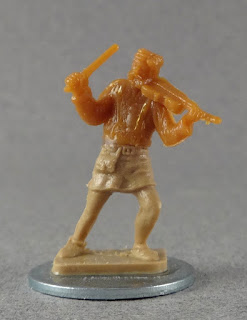 You can perhaps see that the gaps around the arms of the gray Zvezda figures have some clear plastic around them. The base of the tan Hat fig also has some to fill the visible part of the hole in the washer I used as a base. That's the cured Bondic in use. The big advantage Bondic has over glue for this sort of thing is ease of control: you can add as little as you need, it tends to flow into crevices, and you can always build up applications if you need more. It's also a lot more durable than glue, as it's solid plastic. Just remember that it can't be used to glue things together like adhesive, but for filling visible gaps it's hard to beat.

I also took some shots after priming, just so you can see how it looks painted. No gaps! 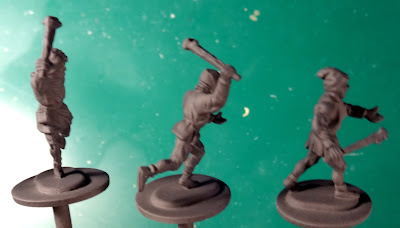 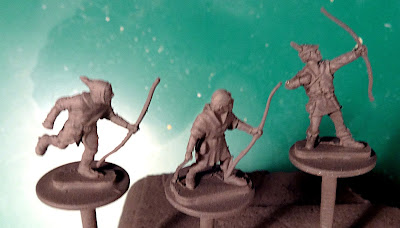 I'm still in the middle of a big freelance job, but hopefully I'll have more time to work on figures soon. Thanks for checking in!
Posted by 1Mac at 6:40 PM 7 comments: