I was wondering if you were going to sell any figures that could work for female warriors/cleric/paladin archetypes in the 1/72 scale. I'm finding that to be the most difficult thing to find, and of course my randomized Caeser set didn't come with any female fighters ><

This is an excellent question, and one that I've been wanting to explore more fully. I don't want to give the impression that female characters are like some sort of alien species, like elves or orcs, but female characters in general do present a challenge to the 1/72 fantasy miniaturist. 1/72 scale is principally a historic hobby, and the fact of the matter is that historically speaking, very nearly all soldiers have been male. So male figures are vastly over-represented in this scale as far as fantasy gaming is concerned. Luckily there are options if you know where to look. So let's see what's out there.

We'll start with 1/72 figures made specifically for fantasy. From left to right are a Caesar Miniatures Undead vampire, three Caesar Adventurers, two Caesar Elves, and an Alliance Orc (set 3) which could just as well be human. More Caesar Adventurers can be seen here. You'll see I'm missing the female warrior character that Nathan mentions; it hasn't been in either of the sets I've purchased (which seem to be missing the exact same figures, but that's another post maybe). A lot of these are on the mild, Larry-Elmore-esque cheesecake side, which may not be to everyone's taste. Other options abound, luckily.

Some historic 1/72 figures easily adapted to fantasy. Left to right: three Orion "English Pirates", two Hat figures from the "Gallic Chariot w Warrior Queen" (i.e. Boudica) set, a Hat druid from their "Gallic command" set (which seems female but also seems to have a mustache, so ??), a Caesar "Hebrew Warrior" (who could be Deborah or possibly Judith), a Caesar noble from their "Samurai w Ninja" set, and an Esci/Italeri barbarian.

Civilian figure sets offer many more female figures in 1/72 than military sets. These are just a sample of what I have, from sets made by Strelets, Linear-B, and Imex. The figures represent diverse eras from Rome to Renaissance England to Early American, but I think they actually hang together just fine for fantasy.

As I often mention, halflings and gnomes from larger-scale fantasy miniature lines—such as Dungeons and Dragons or Reaper Miniatures—may be easily adapted to 1/72 scale. This is a great, if relatively expensive, way to find female character minis. The painted minis are D&D figures; the unpainted are Reaper Bones. From left to right: a gnome fighter, Champion of Yondalla, halfling cleric, halfling archer, Lidda the halfling adventurer, halfing paladin, Elliwyn the gnome bard, and Cassie the gnome sorcerer. The D&D halflings can be a little on the small side for 1/72 humans but should work fine at the table. The Reaper figures are about the right height, though the large heads may be off-putting to some.

A special challenge is finding suitable female minis for gnomes, halflings, and dwarves in 1/72. Here's the best I've been able to find. From left to right: a D&D halfling tombseeker, D&D halfling veteran, Lidda the halfling rogue (repainted), a gnome rogue and dwarf cleric from the World of Warcraft board game, and Ingrid the gnome rogue from Reaper Miniatures. The last two are the best I've found for cheap 1/72 female dwarves, though the World of Warcraft figures may now be hard to find.

Here are the female figures I've painted myself. To the left of the Arcane Legions witch is the original bizarre "Modu Shanyu" figure for comparison.

These are perhaps not all the plastic female character minis available that will work for 1/72 fantasy gaming. Hopefully that gives an idea of what's available. As always, if you have any other questions for the Cheap Fantasy Miniaturist, please ask in the comments!
Posted by 1Mac at 11:34 AM 3 comments:

Sprues and stuff for sale! 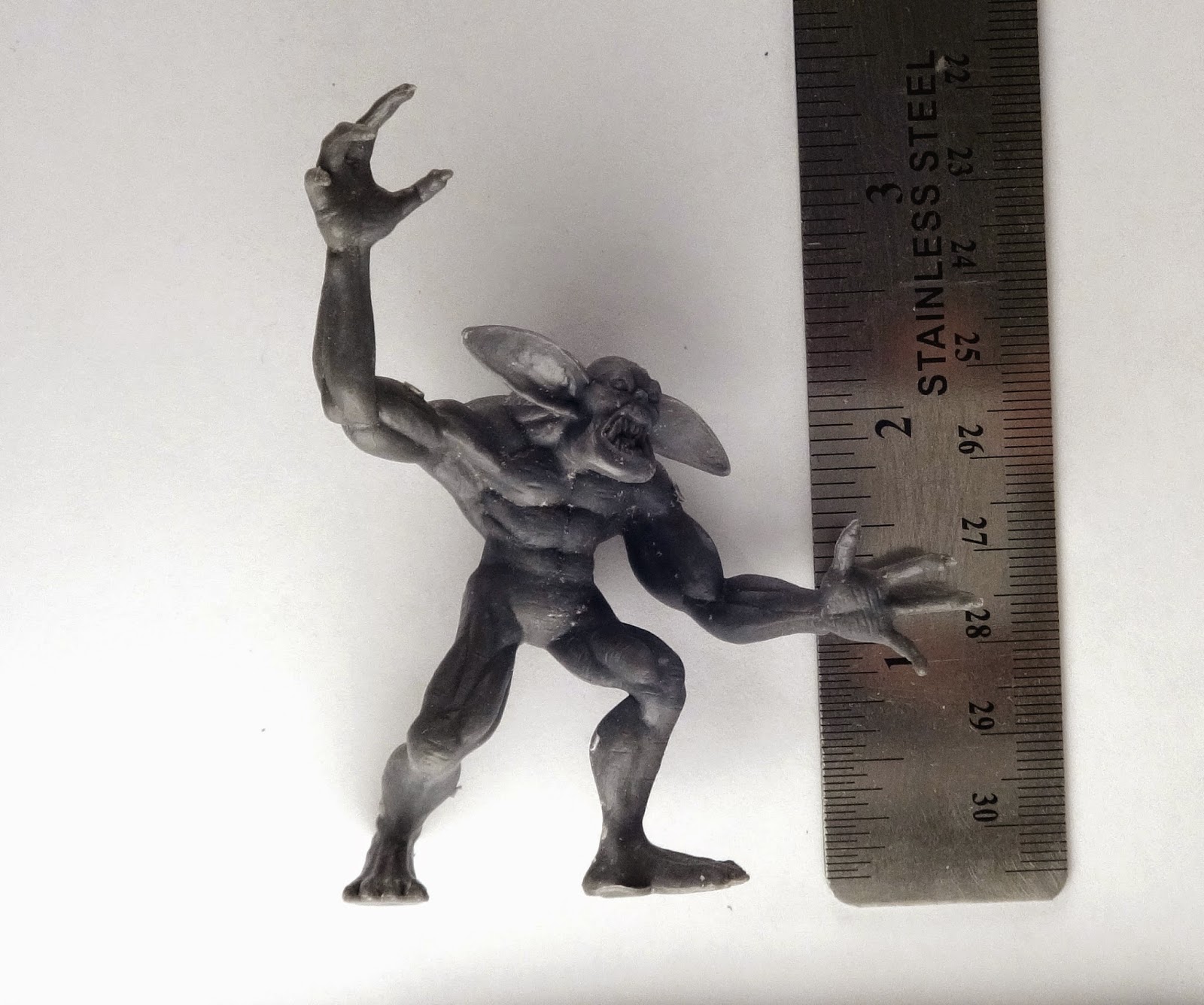 Once again I'm selling some of my excess minis. This time I'm offering loads of loose sprues and figures that I don't need, including figures from Caesar's Adventurers set and Dark Alliance's Orcs Set 3. See my sales page for more info.
Posted by 1Mac at 5:14 PM No comments:

Going out of town this week, so no time to paint! Instead, it's Ask the Cheap Fantasy Miniaturist, where I answer your questions about 1/72 fantasy minis. Back in October '13, David Thorpe asks:


Are you aware of any mermaid/mermen/sea people etc in 1/72? Would like some to create an army for a Poseidon I have. I already have large sea monsters and some 1/72 dolphins/sharks/rays for riders if I can make some, but actual mer type people seem to be hard to find or too large. Thanks


Depends on what you mean: these fishmen from Elhiem Miniatures are ostensibly 20mm, though they're apparently on the stumpy side. I also like the murloc figures (on the right) from the WoW board game, though you may have trouble finding them (I got lucky and found an incomplete set of the board game on eBay for cheap).

For mermaids, there's this 15mm model from Rebel Miniatures, or these HO scale figures from Preiser. Both may be a little small, and either would be kind of an expensive way to make an army. I also think these snake women figures (discussed in this post) could make for good conversion possibilities.

You could go the other way: find some tails from some fish minis that are about the right size (these Safari Ltd. critters, possibly?) and swap them with the legs of some suitable 1/72 soldiers. Ironically, these "Sea Peoples" figures might fit the bill.

Further thoughts: The new Zombie Pirates set from Mars, which I recently discussed, has a 1/72 mermaid figure. Mars' original Zombie Pirates set has a few movie-inspired sea mutant figures that may also work for a marine army, depending on how grotesque you want to get.

Got a question about 1/72 fantasy? Feel free to leave a question in the comments.
Posted by 1Mac at 10:05 PM 4 comments: