Hello completed-project-town. It's been too long! 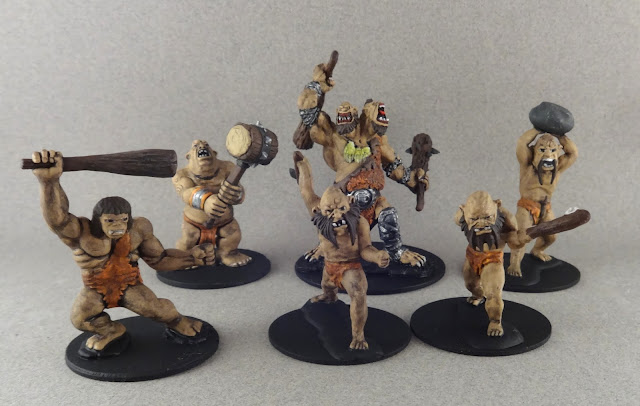 Hill giants, or possibly ogres. I was never too sure of the difference. They are mostly Tim Mee cavemen, mostly with headswaps from some Warhammer ogres. Conversions were described previously.

Tim Mee bods, Warhammer heads. Because the heads had some large gaps in the back, I had to do some sculpting, which I think turned out well. The back of the rock hurler's noggin in particular looks pretty good, I think. 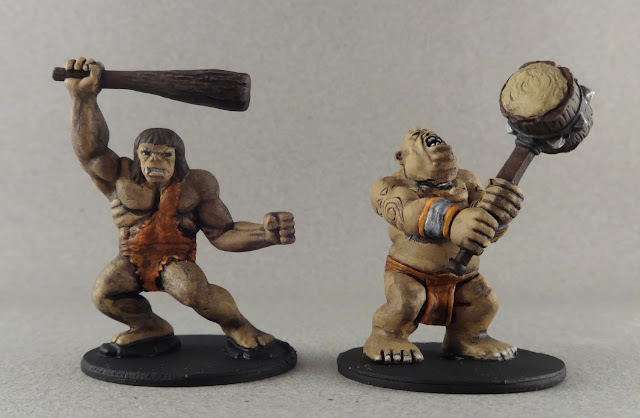 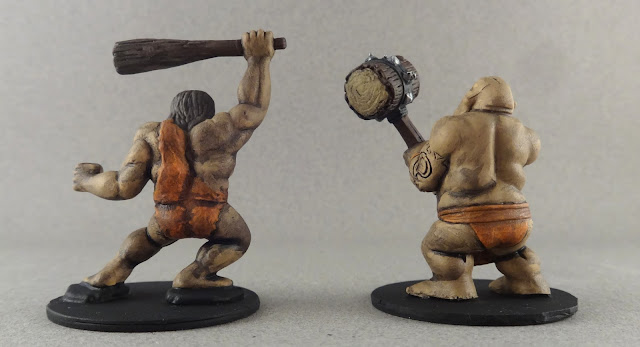 These two are a little different from their Brobdingnagian brothers above. The one on the left is an unmodded Tim Mee caveman, the best sculpt in the set, I think. On the right is a World of Warcraft boardgame ogre with a Warhammer head. The berserker-rage head-uptilt was sort of an accident, but I think it works. 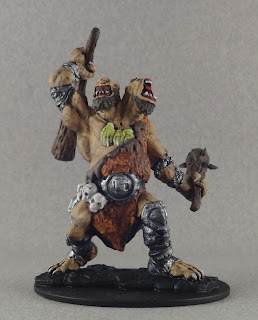 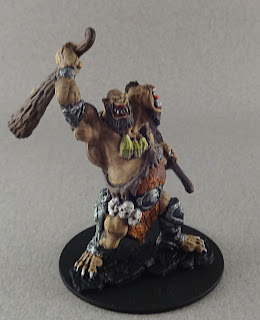 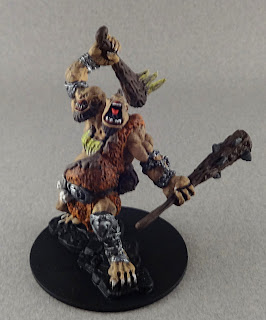 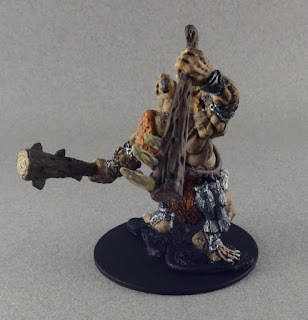 The ettin, or two-headed giant, is a Reaper Bones sculpt. More complex than his monocephalic comrades, but a lot of fun to paint. I don't know why it's carrying fish on its belt.

I'm fairly pleased with these. One regret is that my usual black magic-wash looks a little sloppy here. If I used a brown wash they might look a little neater. Another issue is the figures, and here we see the difference between toy-quality and hobby-quality minis. The Tim Mee bods are great figures, but many lack a lot of deep detail. The point of the magic wash is to bring out those details, so with such details absent, the wash often just sort of flowed and pooled. I think the Warhammer heads and the Reaper ettin look a lot better since they are just better models, even if they are plastic. Still, that's the tradeoff between price and quality, and speaking as the Cheap Fantasy Miniaturist I have no regrets!

Unusually, I don't have a new project cued up. I have lots of options but no clear ideas. So I'll let you guys decide!

A poll should appear above; if not you can find it here. Let me know what you think!
Posted by 1Mac at 6:24 PM 2 comments: