Since I mentioned Hero Forge recently, I thought I'd mention another Kickstarter project for custom 3D printed minis. Create Your Minis is a French project that, like Hero Forge, offers web-based software for designing your own miniature, which they will then produce for you. Since they print the minis themselves instead of outsourcing to Shapeways, their price is about half that of Hero Forge. The quality is at least as good, if their photos are anything to go by: 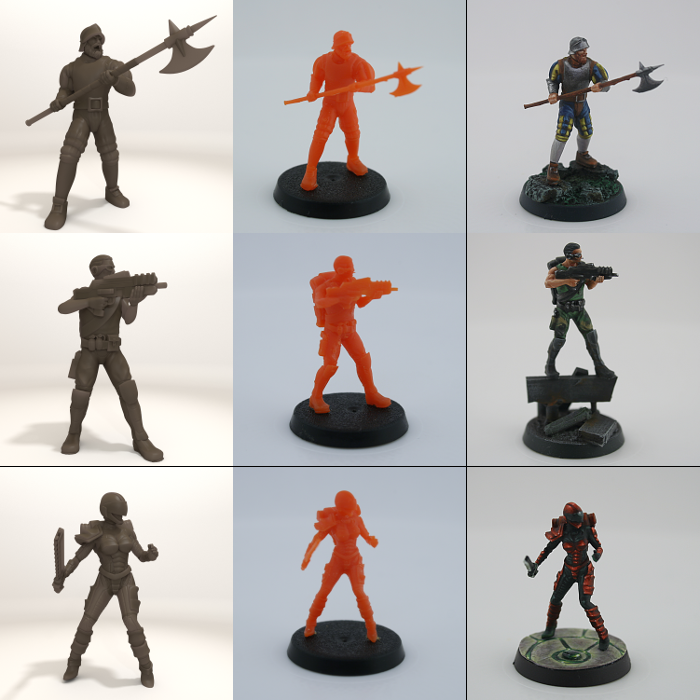 Downsides: They don't at this time have anything like the options or flexibility of Hero Forge. Their site, while perfectly usable, is also currently a bit clunky, especially compared to Hero Forge's very slick, intuitive 3D design program. There's also no way to make smaller miniatures. Their FAQ says that they're considering other scales for the future, including smaller scales, but for now they're strictly a 28mm outfit.

Still, if the idea of custom miniatures at half the price of Hero Forge appeals to you, Create Your Minis may be the project for you. The Kickstarter isn't quite funded yet, but there are still a few days left, so now is the time to pledge!
Posted by 1Mac at 9:35 PM

Email ThisBlogThis!Share to TwitterShare to FacebookShare to Pinterest
Labels: buying