Brain in a Jar

While we're watching the current Reaper Bones Kickstarter, here's an item from the previous Kickstarter that I painted up. 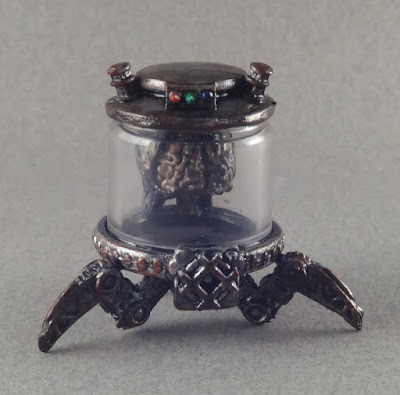 Just like it says on the label, a mechanically animated jar wired to the brain therein. Dig that translucent plastic for the jar. 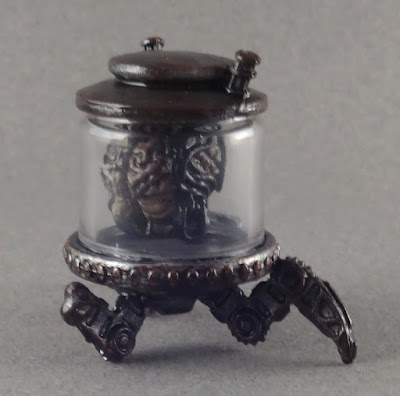 The metal parts of the jar were painted with silver paint, then drybrushed with medium brown and dark red for a rusted look before getting my standard blackwash. The result is a little more steampunk than I anticipated, but I quite like it. 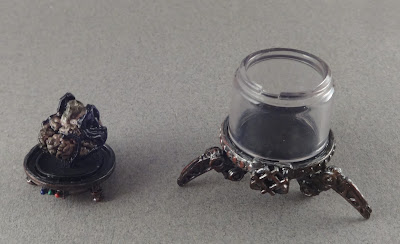 The brain is attached to the lid, and both can be removed for closer biological inspection. This piece is a gift for someone who is, let's say, in the brain business, so I got some pointers for proper anatomical coloration. Any liberties observed should be interpreted as creative license by the artist. 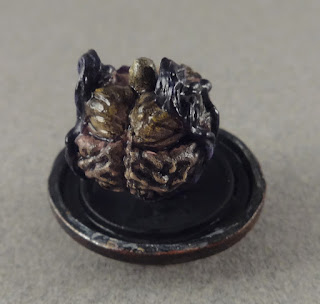 Rear view of the yellowish cerebellum and medulla, as distinct from the somewhat pink cortex. The wet look was achieved with a layer a Future shine. 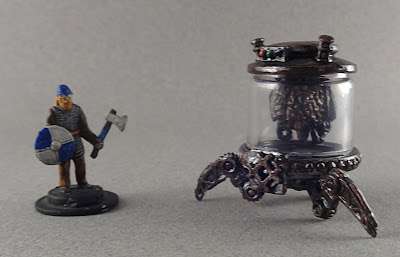 Sven and the very big brain. It's too big for any gaming I'd do, but it'll make for a fun trinket in some brainiac's office.
Posted by 1Mac at 10:40 PM