Hey, wouldn't it be nice if I posted some new minis every once in a while? I've got the typical hobbyist's lament: darn real-world obligations keep getting in the way of painting. Still, I've got quite a number of projects in the works, and almost by accident I found that I just finished this guy: 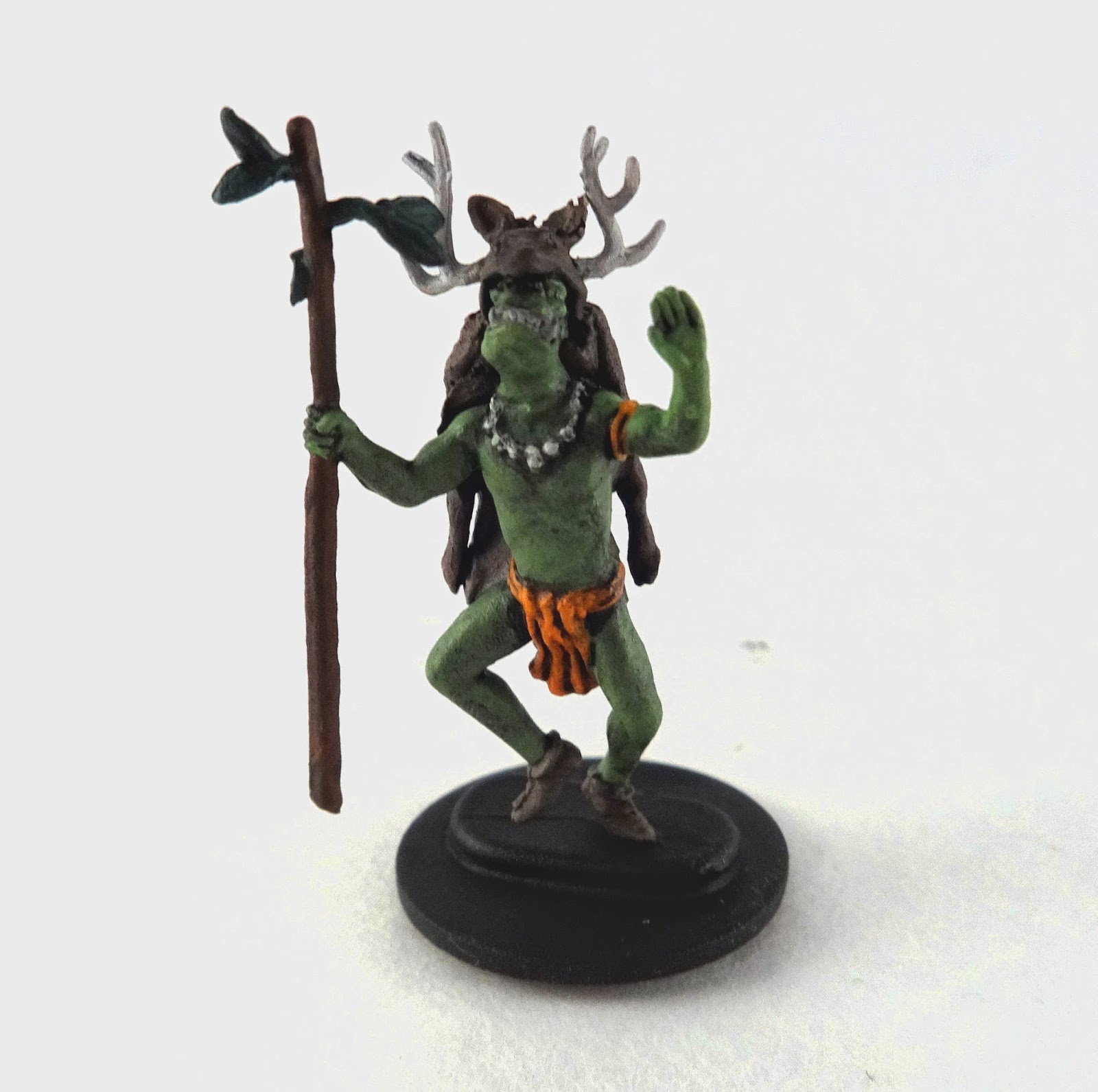 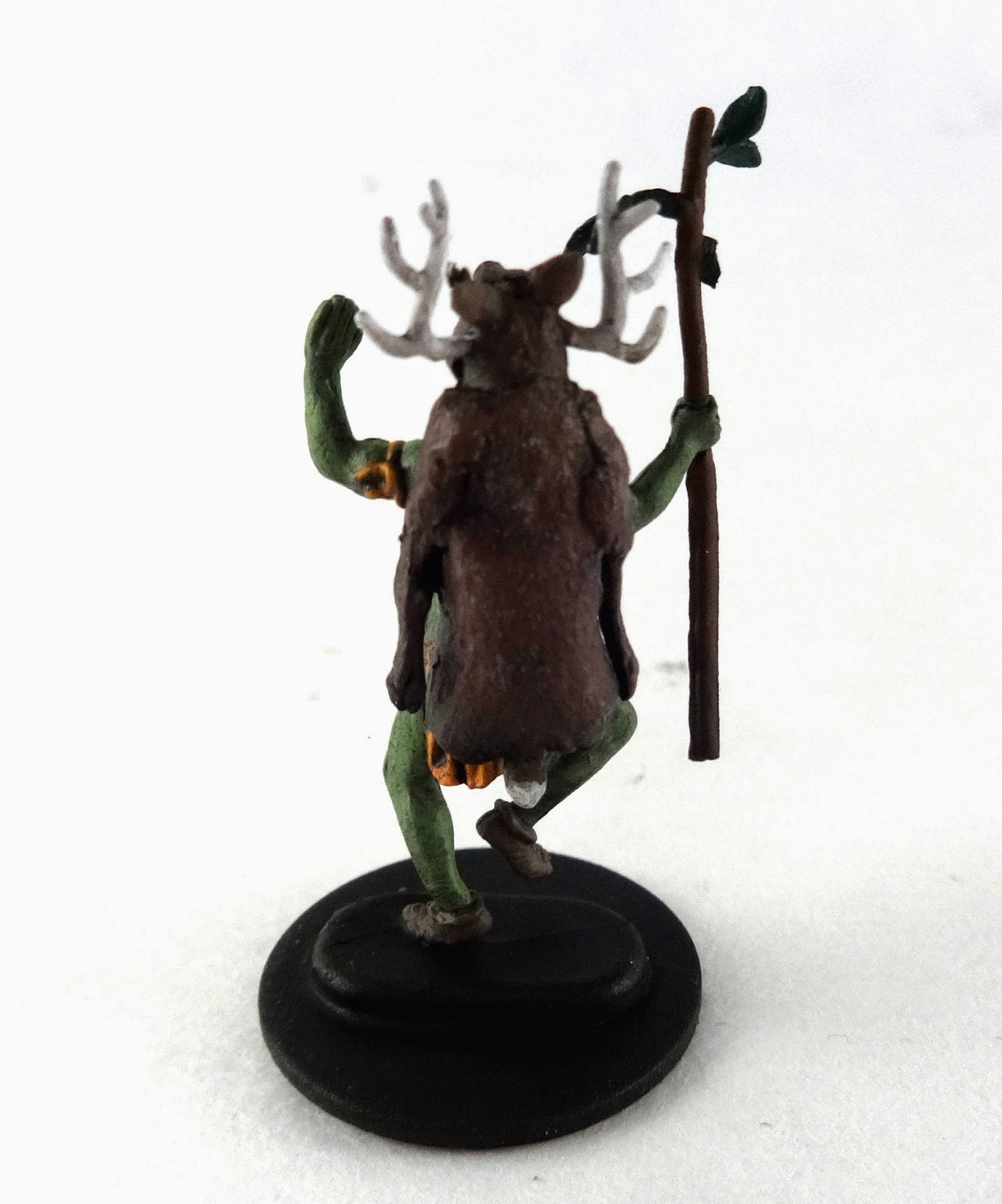 This is a conversion job, as you can see in the photos below. The green plastic is from Caesar Miniatures' orcs set. The orange plastic are "Eastern Friendly Indians" from Imex. The yellow is Milliput to fill in the gaps. 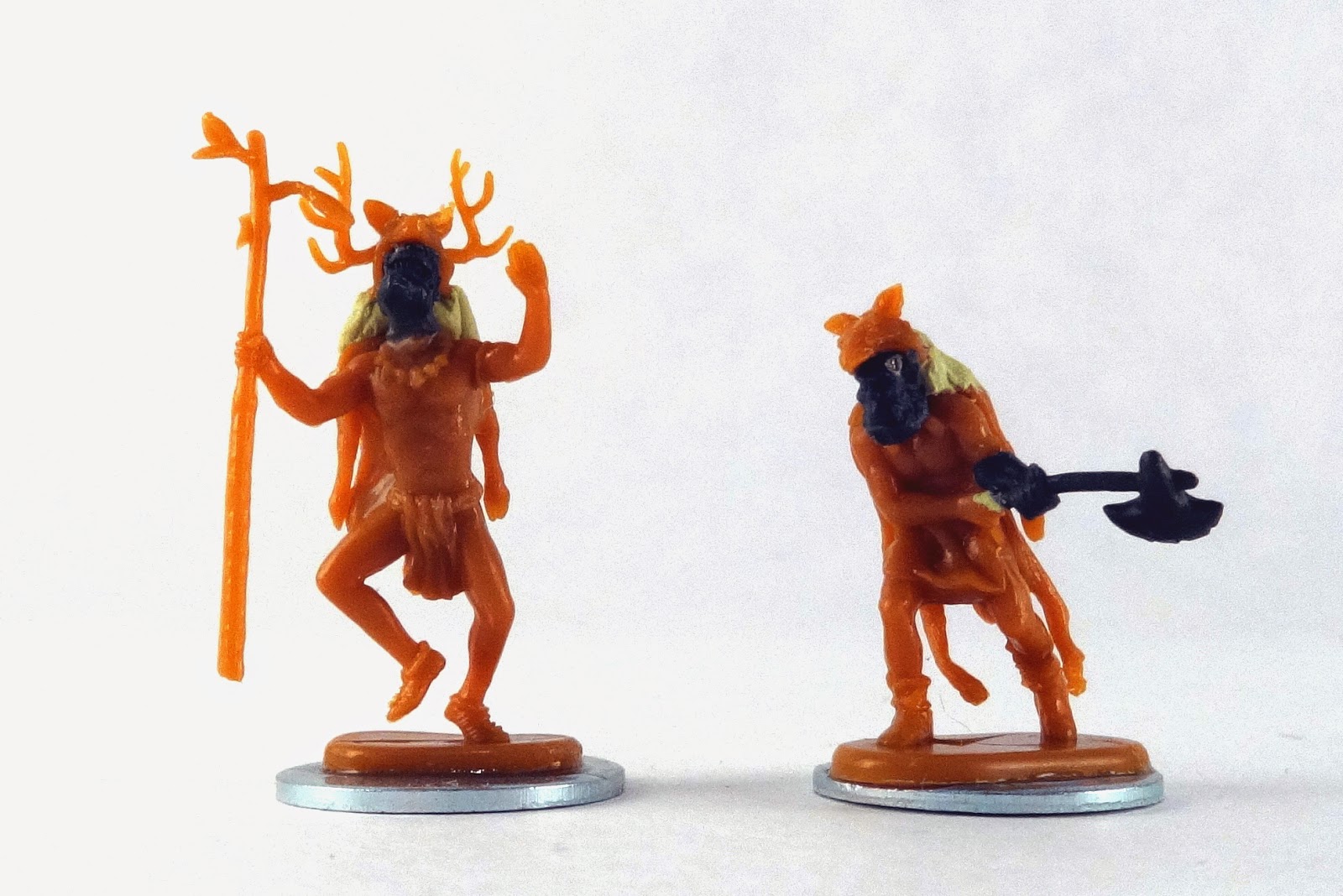 The other guy is another version of the orc shaman concept, who I was trying to make look something like this guy (for my boardgame replacements project). I feel a twang of politically-correct guilt for using minis of Eastern Indians—who I'm sure in the main were quite Friendly—to make monstrous orcs, a guilt which is ameliorated by the recollection that I used some very European-looking "Barbarian" minis to make zombies. Culture is no barrier—everyone can become a monster under the Cheap Fantasy Miniaturists knife!

Finally some comparisons. The first is an unmodified Caesar orc I painted a year ago. This is mostly to show the difference between "The Dip" and "Magic Wash". Basically, there is none, plus the Magic Wash is easier and cleaner to use, and doesn't try to dissolve my figures! Magic Wash is a clear winner. 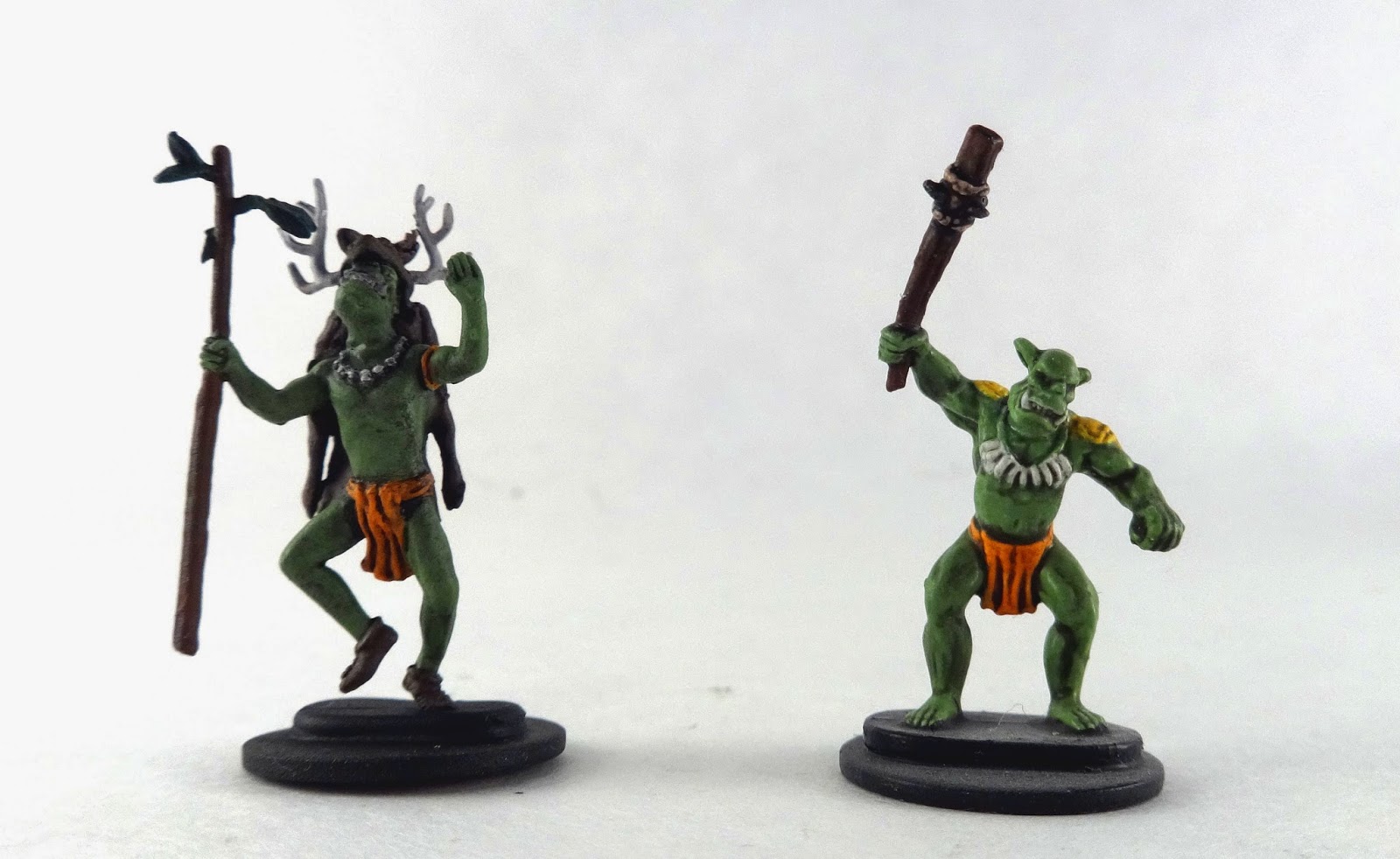 Second is the obligatory scale shot with Sven the 1/72 comparison viking, who needs some refinishing. Somehow these look just a few millimeters taller than they actually are, but the shaman is still pretty tall, with his fancy headdress and all. 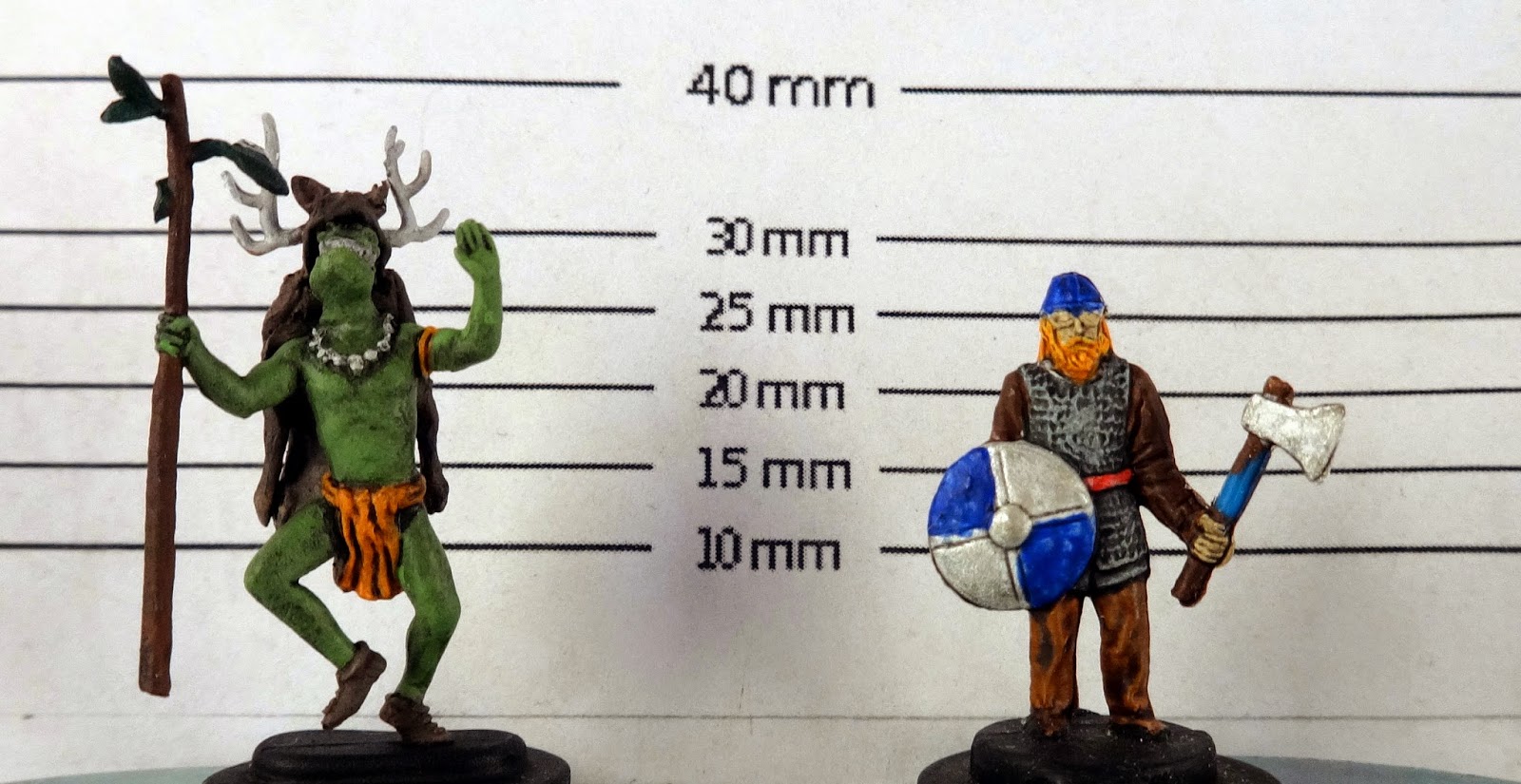 We'll see if I have more time to paint, but I've got a lot of projects that are on the verge of completion: more orcs, goblins, hobgoblins, bugbears, and a party waiting to happen. Just keep an eye on this space!
Posted by 1Mac at 11:26 AM