As I was painting these fences, I was also working on some other scenery items. As it happens, they were all fountains, or other water-bearing structures. 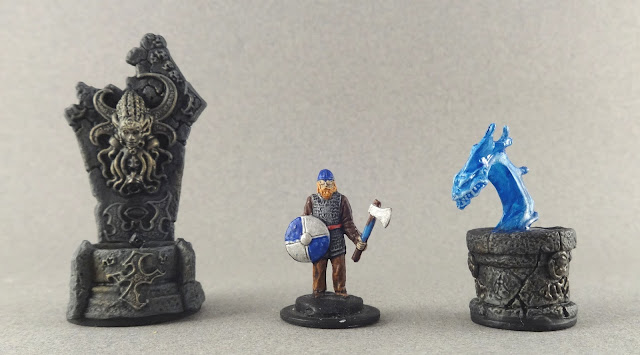 These first two are Reaper bones pieces, a "Well of Chaos" and a "Water Weird. They are a bit oversized compared to Sven, of course, but I think they look okay. The "weird" has been modded so it doesn't loom quite so tall over Sven. 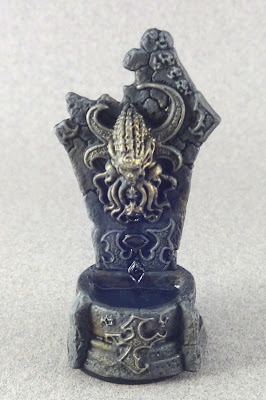 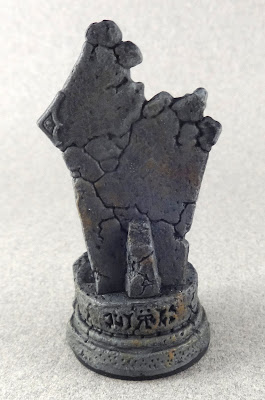 Subtitle: "The Joy of Drybrushing." The texture on the stone made these a breeze to paint: several layers of gray, a bit of brown, some gold on the details, and a blackwash. 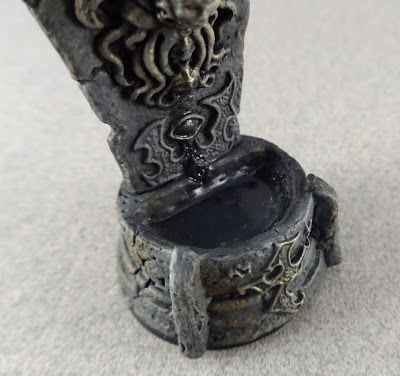 The water is just some white glue, with a couple coats of Future Shine. Looks pretty good here, though I had some trouble with this method on the 1/72 fountains below. I think it works here because I only needed a few thin layers of glue for it to look like water. The water flowing from the tap is also Future Shine, mixed with a bit of black paint. 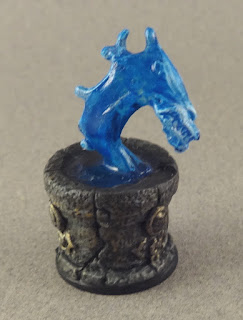 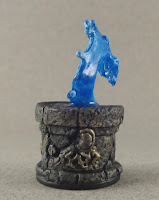 This piece was cast in blue plastic. To make the "Weird" more 1/72 compatible, I chopped off part of the base and took about half the height off the water elemental. The stonework was painted using the same techniques above. The water got much the same treatment as this large water elemental. 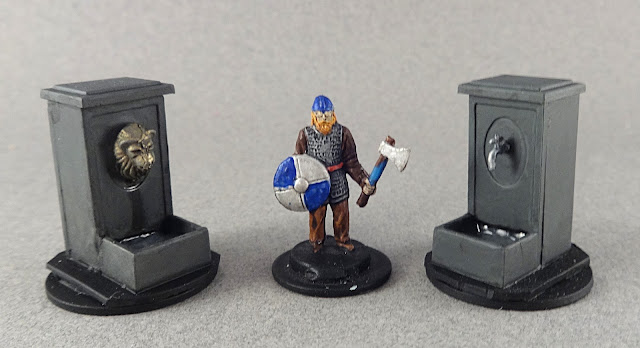 Here are a couple fountains from Italeri's "Urban Accessories" kit. These are actual 1/72 scale models; If the models above were 1/72, they'd be about this size. The one on the right is built per instructions. The one on the left has a lion head taken from Hat's "Jungle Adventure" set; I'm pretty sure I got the idea from Paul. I had to fill in some gaps with putty, which looks a bit rough, as does my attempt at highlighting. The water is again white glue with top layers of Future Shine. Unfortunately, I had to use more layers of the stuff to fill the basin, which despite my patient applications meant that the glue doesn't look very clear.

Finally, the small well on the left, from Imex's excellent "Southwest/Alamo Accessories" kit. Not much to say, but I think it looks very nice. On the right is an Italeri desert well, which I discussed previously, along with some other sources for 1/72 scale wells.

Let's wrap up with a quick discussion of other 1/72 scale fountains. 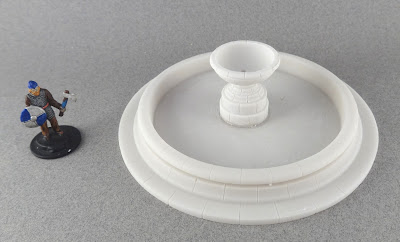 This piece is a resin cast from Airfix, designed for WWII games but perfectly suitable for other genres. The box shows a sort of spigot that's not included in the kit; the hole in the top basin is part of my attempt to install one. A similar piece is by Armand Bayardi. It's a bit more expensive and harder to find, and whether you get it direct or from Michigan Toys (only store I found that has it), the shipping is awfully high. Still, it's a very nice-looking piece.